When it comes to travel-theme, the most popular isekai are those placing characters in virtual worlds of Massive Multiplayer Online Role Playing Games (MMORPG). Isekai, by the way, refers to anime stories revolving around magical travels to realms that characters know of as virtual or fantasy places. Generally, isekai anime are imaginative stories of adventures usually involving magical or terrifying segments. Yet the most popular are those that deviate from typical isekai travel themes because they place protagonists in hard-to-predict situations.

Anime is actually a global industry, as the popularity of original Japanese film animations has reached even the farthest corners of the world. The US has the highest demand for Japanese-created animes and not the Chinese anime knockoff productions. That being the case, US streaming companies are more focused on investing on streaming rights instead of producing US versions.

In Indonesia and other Asian countries like the Philippines, Thailand and Malaysia, Japanese anime are very much in demand as main forms of media entertainment not only for children but also for young adults. Apparently, even as the Millennials and Gen Zers have come of age, they still make up a large population of anime consumers in their respective country.

Below are some of the most well received isekai anime series depicting make-believe travel stories that come true for anime characters.

The Devil Is a Part-Timer!

This isekai anime premiered its Season 2 last July 2022, following the Season 1 series that came out in 2013. The isekai story is unique because it’s a reverse of the typical entry of a human into the supernatural realm.
Here, the Devil finds himself transported and trapped in the real world inhabited by humans. His human archnemesis forced him to live a normal human life without his magical powers. 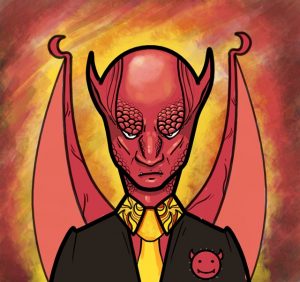 The Devil gets to find out that a normal human life is one where one has to toil everyday just to have a decent life, and work doubly harder when in pursuit of higher levels of success.

Battle-weary Shimazu Toyohisa has been critically wounded in the Battle of Sekigahara, but due to some mysterious ways found himself transported to a differentiated world after passing through a passage way full of doors.
A strange stoic man led Toyohisa to a door where different warriors from various eras have been organized as a group of warriors tasked to help the Empire and protect of the people from the foreboding elements behind the “Ends” door.

How Not To Summon A Demon Lord (HNTSADL)

Sub-captioned, this isekai anime is a popular example of a character named Takuma Sakamoto became an active character in his favorite MMORPG. Sakamoto who is known as a NEET gamer, to which NEET stands for No Education, Employment or Training type of gamer is mysteriously thrown into the virtual role-playing world of Cross Reverie.

Apparently, two of the game characters named Rem and Shera) had cast a spell that enabled them to summon Sakamoto to become part of their virtual world so they can make him their servant. However, Sakamoto’s game character has a magic ring that can deflect spells. Known as the “Magic Reflection” ring, the opposite occurred as Rem and Shera’s spell had worked to make them Sakamoto’s servants instead. Using his high game stats and extensive knowledge about the game and its environment, Sakamoto and the girls traveled across Cross Reverie to evade Lord Diablo and to find ways of removing the slave collars the two young girls had placed on themselves.

Readers who still have not seen or who wish to view these isekai anime films again, can likely nonton anime id being streamed via the Anime ID platform.